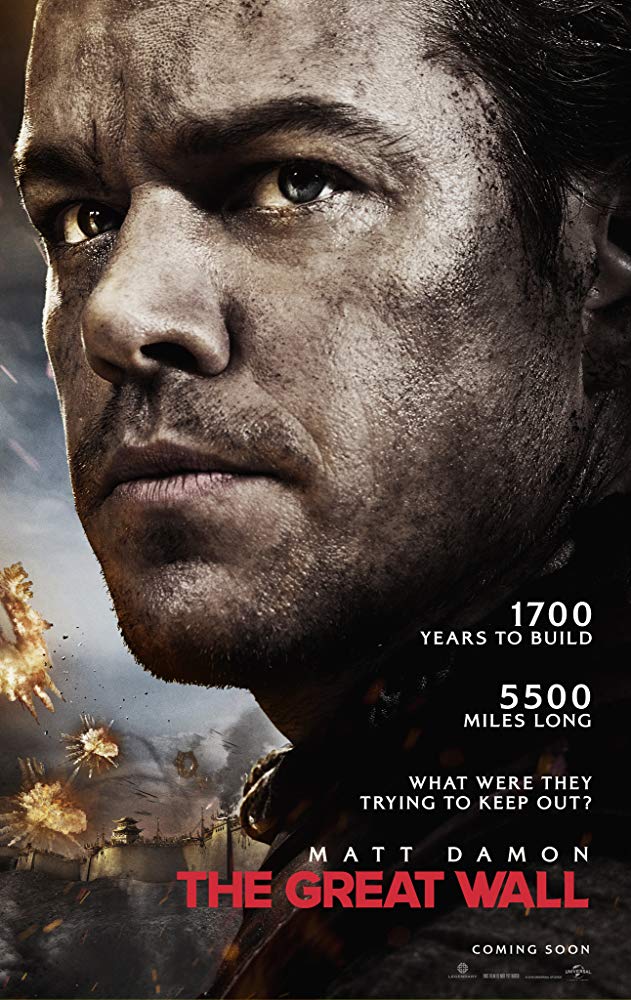 The Great Wall is a 2016 action monster film directed by Zhang Yimou, with a screenplay by Carlo Bernard, Doug Miro and Tony Gilroy, from a story by Max Brooks, Edward Zwick and Marshall Herskovitz.
Principal photography of the film began on March 30, 2015, on location in Qingdao.[10] It is the most expensive film ever shot entirely in China. [Wikipedia]