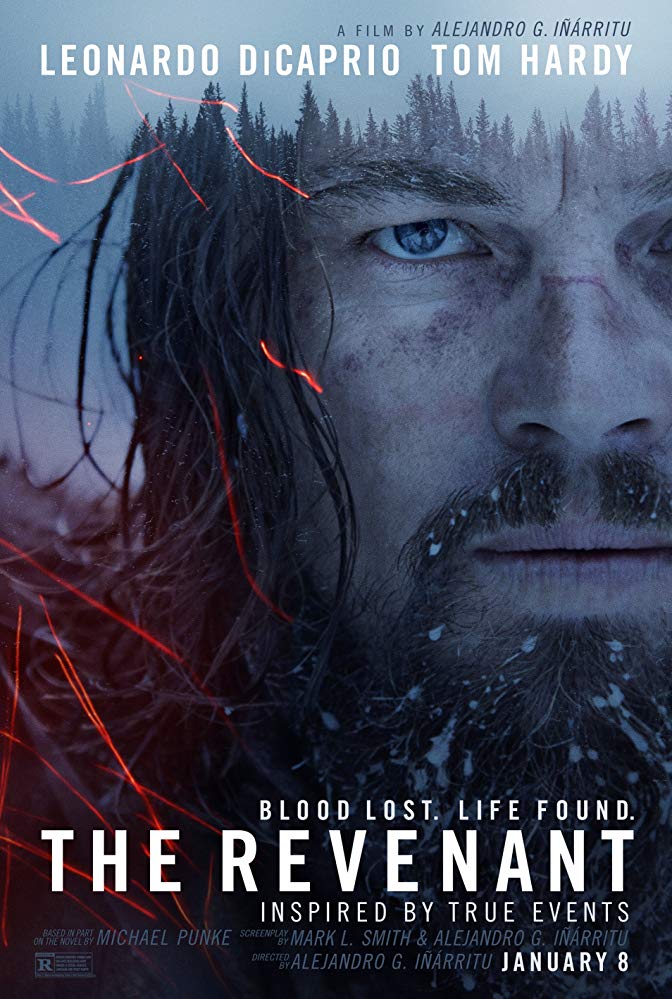 The Revenant is a 2015 American survival drama western film directed by Alejandro González Iñárritu. The screenplay by Mark L. Smith and Iñárritu is based in part on Michael Punke’s 2002 novel of the same name, describing frontiersman Hugh Glass’s experiences in 1823. That novel is in turn based on the 1915 poem The Song of Hugh Glass. The film stars Leonardo DiCaprio, Tom Hardy, Domhnall Gleeson, and Will Poulter. The film was shot in twelve locations in three countries: Canada, the United States, and Argentina. [Wikipedia]